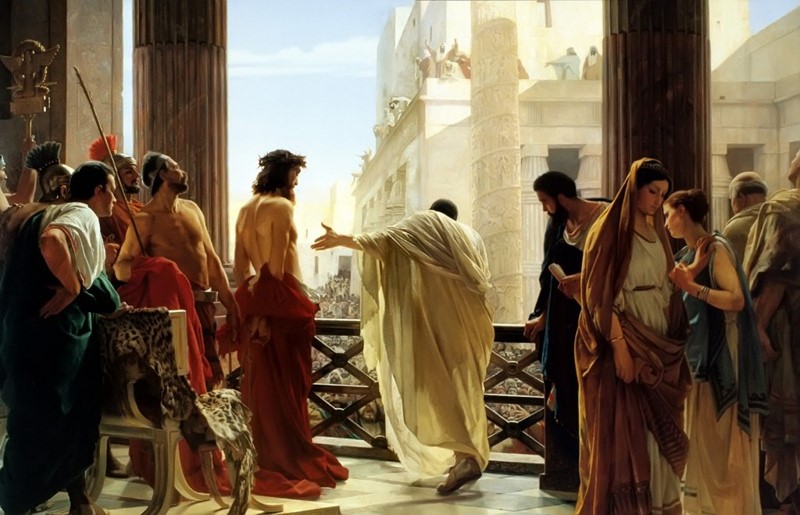 In the new release “Batman v Superman: Dawn of Justice” we will be treated with one of our culture’s common threads: vilify all things good.

In the movie, the delightful tradition of a “hero” is once again sacrificed in an attempt to destroy the notion that there is anything truly transcendent…all appearances of good are tainted with evil. We have a penchant for turning heroes into men of shame; sowing seeds of doubt about the righteous warrior; making us suspicious of the saint; dubious of the honorable knight.

This is the enemy’s playground. The world, the flesh, the enemy, and the gravitational pull of a fallen world will continually attempt to make us think that truth and good and honorable and righteous and faith and love and virtue and honor and valor and even male chivalry are to be suspect, to be doubted, to be viewed with skepticism, sensing some selfish and evil agenda hidden behind the veil.

The attack upon good is not new.

Elijah was charged with “troubling Israel”.

Stephen was stoned; Daniel was thrown to the lions; Shadrach, Meshach and Abednego were put in the furnace, Jeremiah in the stocks; John beheaded; David hunted; the Disciples martyred; the righteous tortured, mocked, imprisoned, stoned, sawn in two, put to the sword.

This is the lot of Right in a fallen world.

We celebrate this day, not because we are sadistic, but because of the One who demonstrated true agape love for those who were His enemies. He did not revile, though He was reviled.

The hymn says “It was His love that kept Him there” and it was, for He could have called upon a legion of angels at least or He could have breathed out a word and wiped the entire universe out of existence.

And now His Remnant remain in a world that continues to hate what is right and good. It will continue to try to make Batman selfish and Superman vindictive. It will make us suspicious of cops and pastors and husbands and businessmen, not that they are without sin, but with the objective to destroy the design.

It will continually paint believers with all kinds of evil colors and charge us with increasing crimes of the cultural covenants.

But He was crucified and satisfied the wrath of God for us.

So, we endure with perseverance, changing what can be changed, ever pursuing righteousness in all of life, yet recognizing that the wrath of man is not directed at us, but at Him and all things good.

“And let us not lose heart in doing good, for in due time we will reap, if we do not grow weary.” Galatians 6:9