A Shooting in Deadwood 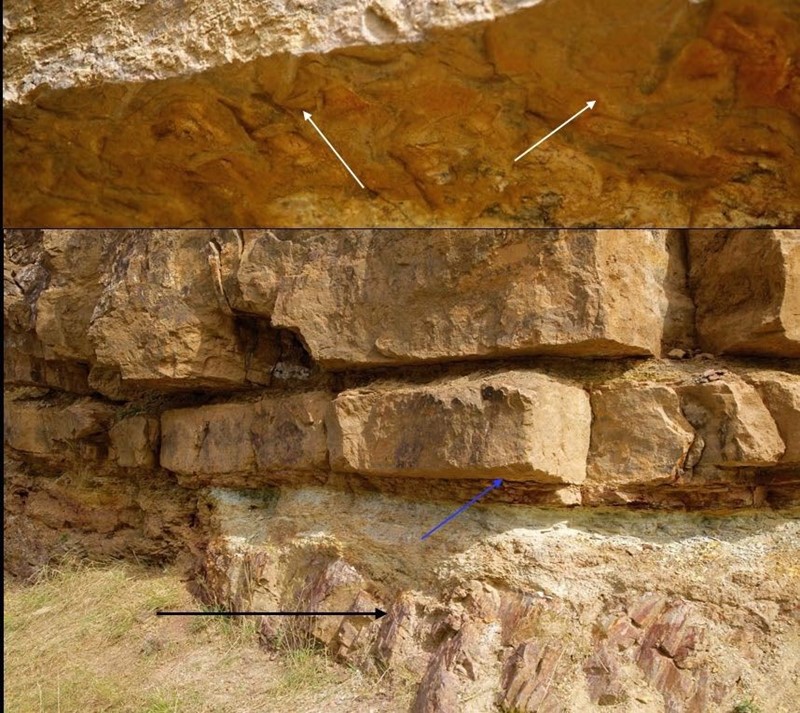 Actually, we just finished at short week of the Genesis filming in South Dakota and the first half was dedicated to examining the geological layers called the Deadwood Formation that extends from the Dakotas and Montana up into Canada. It is named after the town Deadwood, where we spent our first night.

Dr. Marcus Ross, a paleontologist, joined us for this segment and it was a pleasure to get to know him and to learn from him.

The Deadwood Formation is at the bottom of the sedimentary layers and rests on what is called “The Great Unconformity”. This is the boundary between the “Precambrian Metamorphic” rocks and all of the sedimentary layers that are between it and the surface above. From a creationist perspective, this is the boundary between the rocks that came into existence when God said “Let there be…” and the first wave of sediment laid down as a result of the Flood. These “basement rocks” comprise the foundation that is found around the world and covered primarily with layer after layer of sedimentary rock.

The Deadwood Formation itself consists of multiple layers of sandstone, limestone, clay or shale, etc. The bottom picture shows those layers, with the black arrow pointing to the basement rocks. The blue arrow is pointing to the third sub-layer of the Deadwood Formation. The top picture is taken underneath that sub-layer where multiple “worm burrows” are visible if you look closely. They are all over the bottom of this sub-layer.

What is interesting about these burrows is that they still exist.

If the standard geological story is correct, and these layers were laid down over thousands and millions of years, then burrows like this would be obliterated by other living creatures and erosion. But if the Genesis story is correct and these layers were laid down rapidly in a tumultus flood, then the worms would have been buried in the clay layer below and would have been trying to find a way out, but would have been blocked by the thick layer above. What we see here is the struggle for life. These layers also contain trilobite tracks. Trilobite fossils don’t exist here, but the tracks of their desperate attempts to work their way upward are. Their fossils are found in the sub-layers above. That was as far as they got before they, too, perished.

The Cambrian layer contains tons of very diverse life: trilobites, brachiopods, crinoids, and a host of other complex creatures. This is where the term “Cambrian Explosion” came from. It is a major problem for the standard story, for there is no evidence of gradual development of these creatures. Instead, they appear in the fossil record fully formed. For the Genesis story, however, this is exactly what we would expect to see: the early phases of the Flood depositing these marine creatures, all over the world, with evidence that they were buried rapidly and in a catastrophic manner.

Tomorrow we will go a mile higher in the sedimentary layer and look at the top. You may be surprised at what we find.